Even the most hardcore locals are fortunate if they manage to log over 100 days on the slopes per season (they’ve got to pay the bills somehow). Klaus Obermeyer scored a solid 100-plus last year, in between putting in five days a week at the office and doing a daily lap session at the Aspen Meadows Resort pool. The founder of legendary skiwear company Sport Obermeyer is celebrating his 96th birthday today, but if age is a matter of feeling, not years, then Aspen’s most beloved resident is still a kid. 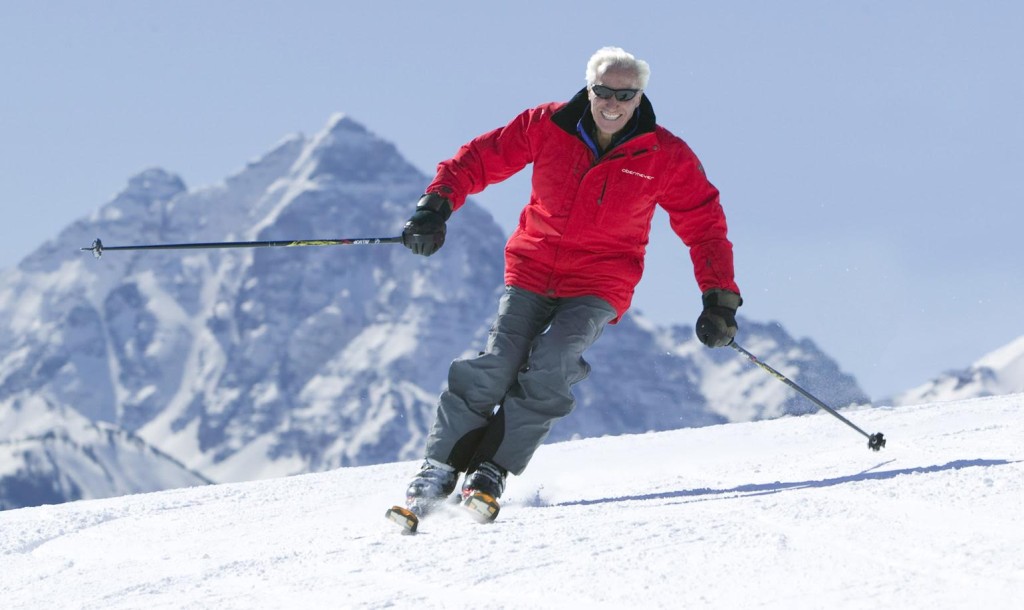 Obermeyer was born in the Bavarian alpine village of Oberstaufen, Germany, where skiing is still a way of life, rather than just mere sport. At the age of three, he famously made his first pair of skis, and by the time he seven he was racing competitively. Obermeyer eventually earned a degree in Aeronautical Engineering, and after World War II, was recruited by an American firm based in New York. In the fall of 1946, Obermeyer’s inner ski bum led him to Sun Valley, where he’d heard his friend, skier Friedl Pfeifer, was living. As fate would have it, Pfeifer had moved to Aspen to open a ski school, so Obermeyer stayed in Sun Vally and spent a winter working retail alongside film producer-to-be Warren Miller. 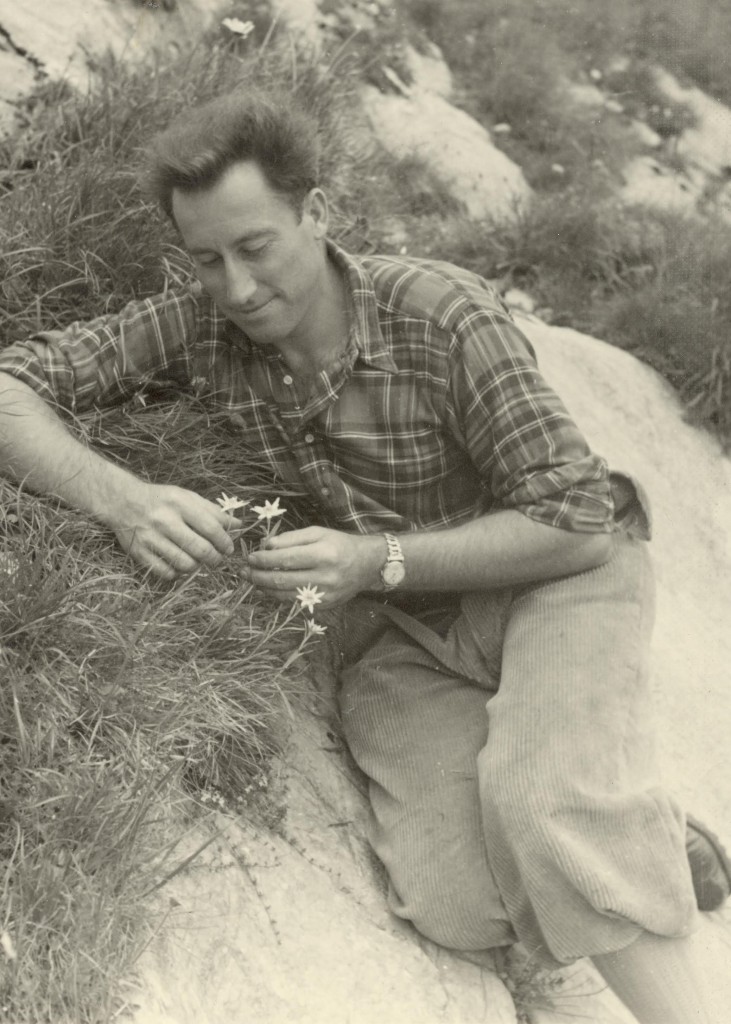 A young Klaus Obermeyer in the Bavarian Alps

In 1947, Obermeyer made his first visit to Colorado after Pfeifer hired him to be a ski instructor at his Aspen Ski School. Although Obermeyer would continue to teach for the next 12 years, he launched his eponymous company out of his attic that same year, inspired by his work on the slopes. In addition to creating the first down ski parka (he actually stitched the prototype together from his duvet), Obermeyer forever changed the ski industry by inventing the first plastic ski boot, turtleneck shirt, nylon wind shirt, mirrored sunglasses, double-lensed goggles, and high-alpine sunscreen. Today, Sport Obermeyer is still one of the world’s premier ski outfitters, but the company retains its mountain town roots and ethos. Whenever more than six inches of snow falls overnight, all employees are given the morning off to go skiing (hence the popular Aspen saying, “Be like Klaus”). 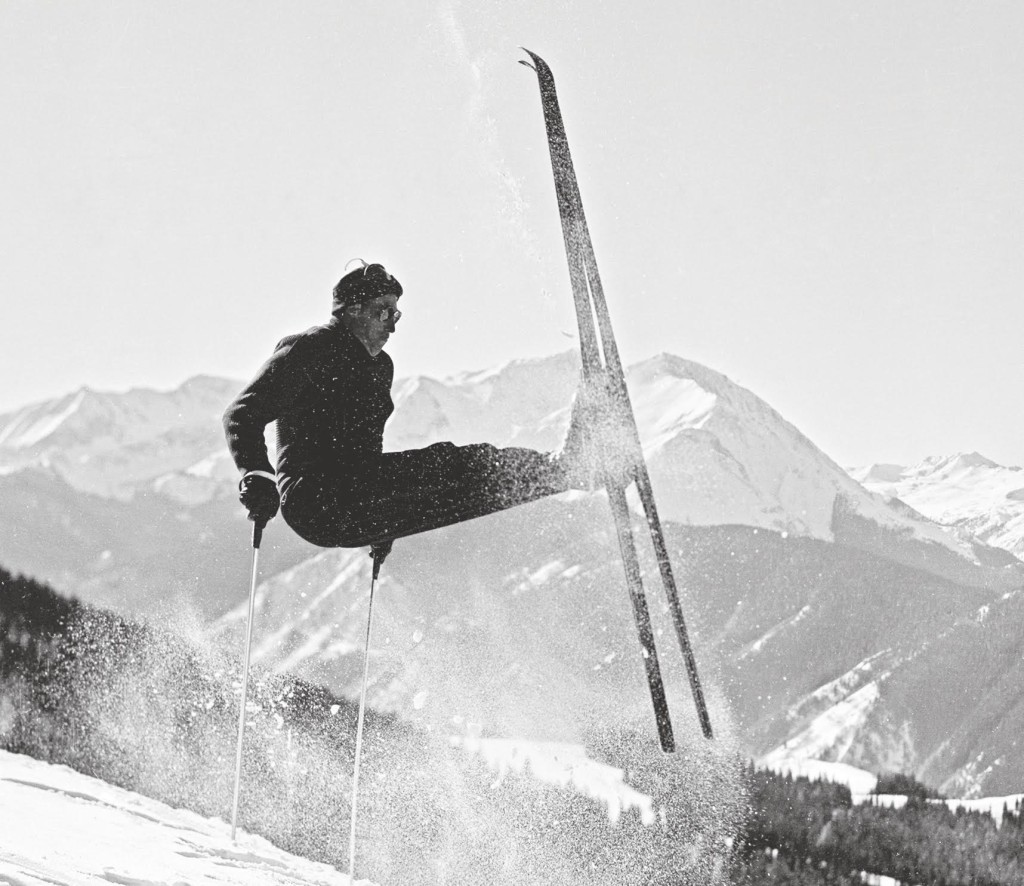 If you’re lucky, you’ll catch a glimpse of Obermeyer on the slopes (often heralded by his famous yodel, a recording of which gets local radio play on powder mornings). I was lucky enough to sit down with the man himself last week, to ask a few questions about the evolution of his company, and what keeps him young at 96. Happy Birthday, Klaus.

What was your first thought when you arrived in Aspen?

Klaus Obermeyer: “This town will never make it.”

KO: It was a ghost town post-World War II. But then it snowed that night, and the sun came out the next day. I went up on the mountain, and it was just like skiing on goose feathers. The second day, the same thing happened, and I said, “I’m never leaving here. This is the best place in the world for skiing.” 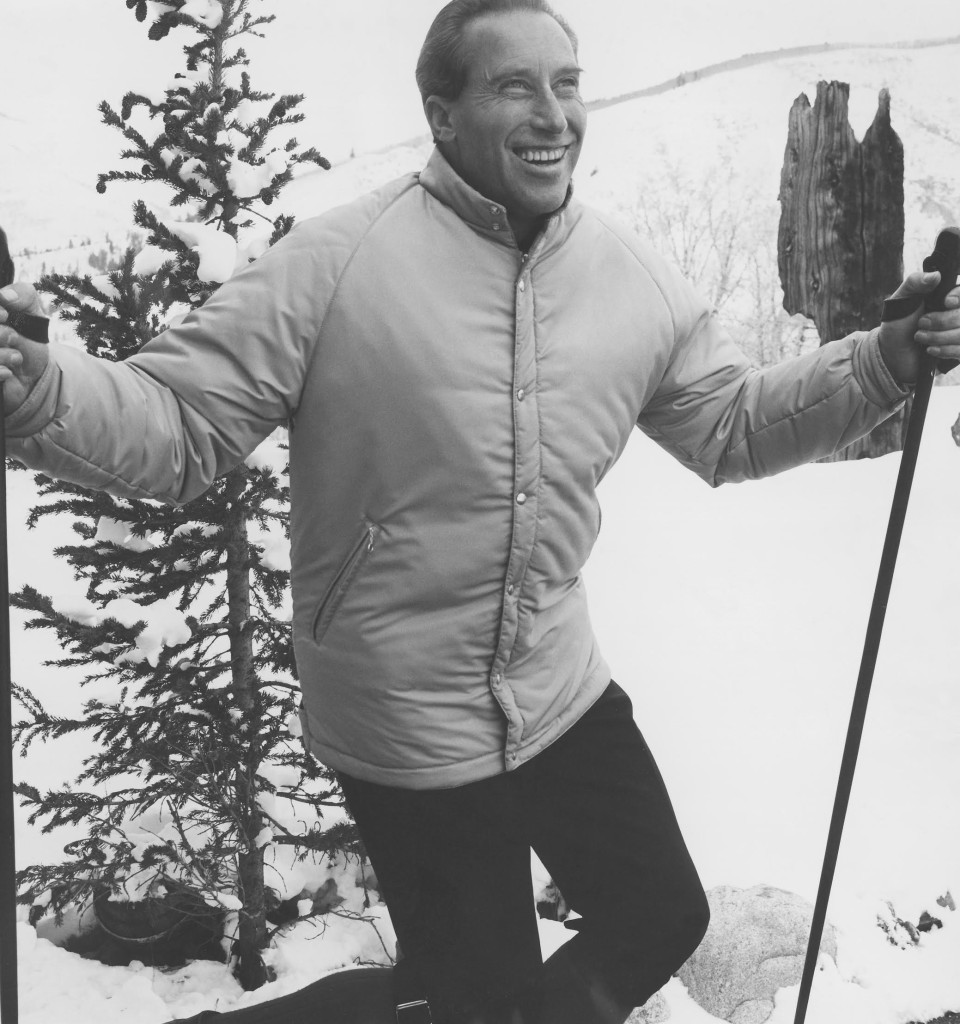 You’re famous for inventing, among other things, the first two-pronged ski brakes, but tell us about how you made your first skis.

KO: I fashioned them out of thin flexible boards from an orange crate, and used string to make a tip.  To my mother’s dismay, I also nailed my good buckle house shoes to my skis.  I used them for three winters, until my parents got me my first real pair for Christmas. They were designed by Stein Eriksen’s father, Marius (himself a ski racer as well as former Olympic gymnast), and had real bindings and permanent tips. They were such a luxury; it was the best Christmas of my life. The first time I used them, it was like opening the door to the world for me.

Was it your engineering background that inspired you to create your hard and soft ski gear?

I was just making them because they were needed – none of these things existed at the time for skiers, although I used my technical background to show our factories how to make the gear. 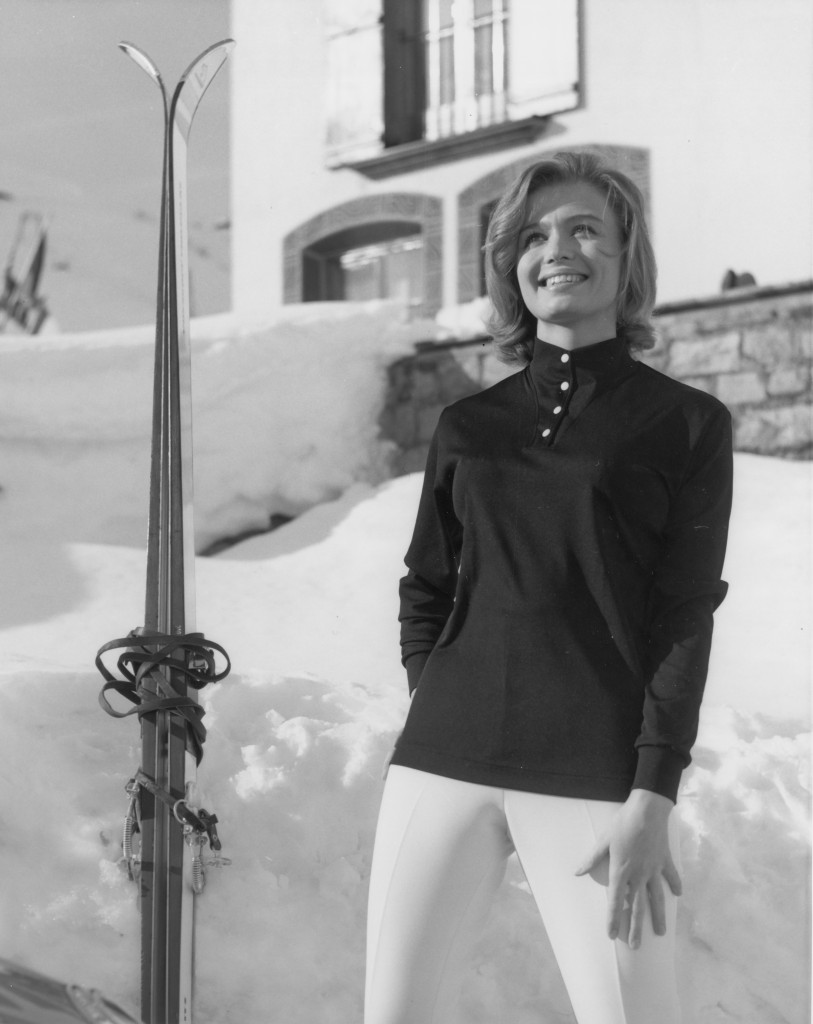 You’re also an early adopter to the green movement. How did that come about, and how does it continue to be a part of Sport Obermeyer’s ethos?

When we built our warehouse at the Aspen Business Center in the late 70’s, it was just open space, all sage and wildflowers. I looked at the lot and thought, “It’s so beautiful, like a garden, and I’m going to ruin it with a building.” It made me think about what I could do to make up for that a bit, and that’s how we ended up with a solar heating system for our building and the employee lap pool.  We designed the building overhangs to keep the sun out in the summer, when it’s highest, but let it shine in in the winter, when it’s at a lower angle.  We set the foundation six feet into the ground where the temperature remains consistent at 55 degrees, as it’s easier to bring the building temperature from 55 to 72 degrees, than from zero to 72.  We were also the first company in the Valley to offer carpooling, by providing a van to bring workers upvalley, thus using lower carbon footprint modes of transportation.

What about environmental initiatives with regard to your manufacturing?

It’s very difficult to maintain green standards in the textile industry- it’s a complicated technical process to turn wood into textiles. Some of our garments are made partly from bamboo, which is the fastest-growing plant on earth, in addition to fabrics made from 48-percent recycled textiles. We also created “I-Grow” Extended Wear System kids’ garments. We’re trying to step as lightly on the planet as possible.

How do you test your gear for technical performance?

KO (laughs): I’m the policeman when it comes to that! But we also have a team whose job it is to test all products. 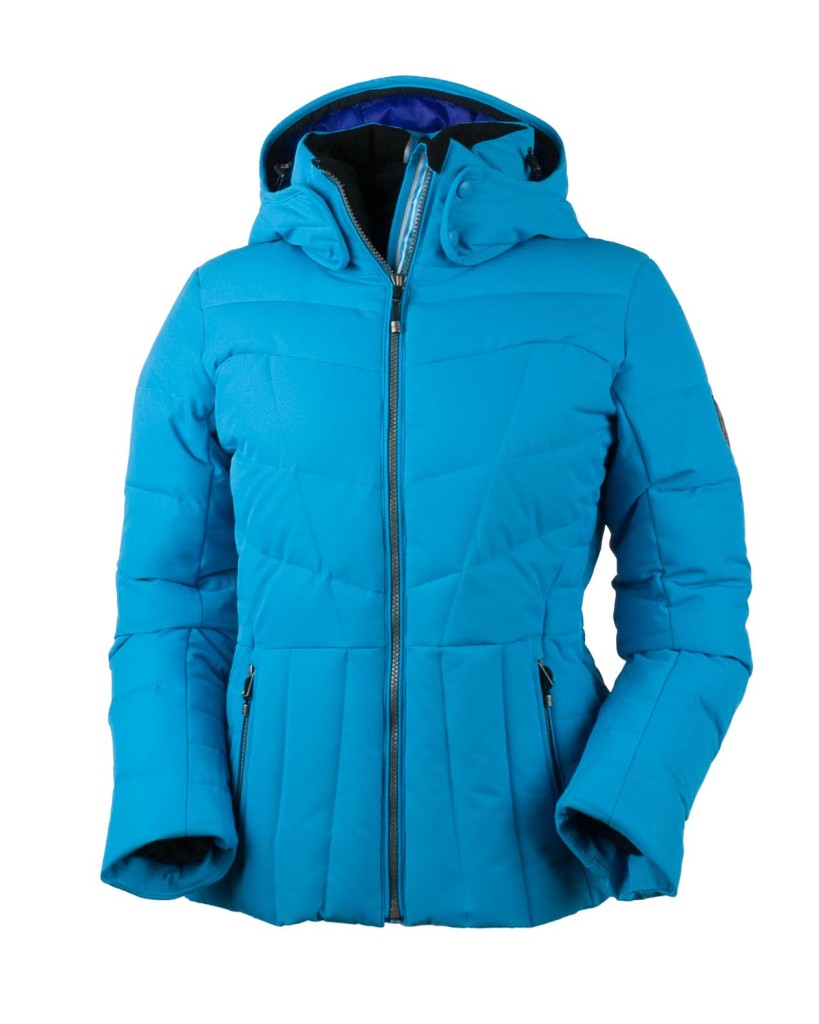 What inspires you? At 96, surely there are days when you’d prefer to just take it easy?

KO: We live on a phenomenal planet. It’s so special- the diversity of life that exists in so many different habitats. I want to experience every day.

What’s your favorite thing about Aspen? 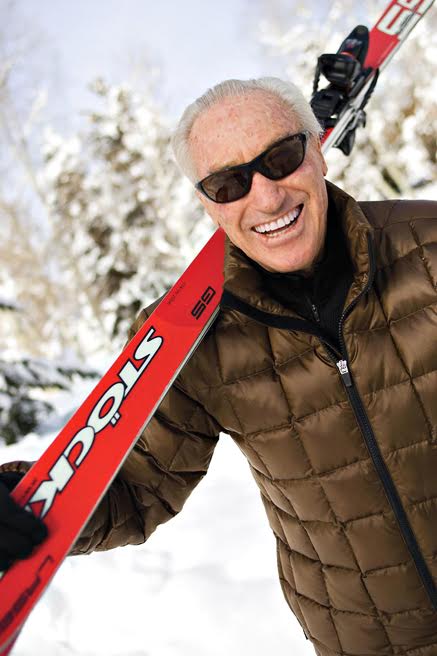 The cultural aspects. The music, film, Ideas Fest…it’s sensational.  I also think we’re fortunate to have the Crown family own Skico (Aspen Skiing Company), because they apply the highest standards to making the sport more beautiful and safe.

You’ve seen the Limelight go through many changes since you moved here. What do you enjoy about the hotel in its current incarnation?

Skico has invested so much money and energy to bring it up-to-date- we’re very lucky.  The Limelight Lounge is very welcoming to guests as well as the community, and they’re very generous in holding many local events there.

Inspired to hit the slopes a la Obermeyer? Check out the Limelight’s ski programs (most of which are free to guests). Not an alpine skier? There’s plenty of other outdoor activities to keep you busy; inspiration can be found right here.

All photos courtesy of Sport Obermeyer.