For the 6th year in a row, the Audi Power of Four Mountain Bike Race will take place this August in Aspen Snowmass. With close to 10,000 feet in elevation gain as racers ascend and descend all four Aspen Snowmass ski resorts, this is no ordinary mountain bike ride. That elevation gain takes place over 33 miles, which means riders’ lungs will be working even harder than their legs.

It’s also worth noting that there is a “Power of Two” option which, like the Power of Four, starts at the base of Snowmass Mountain, but ends at the bottom of Buttermilk Mountain’s Tiehack area. That saves riders from having to reach the top of Aspen Highlands and the peak of Ajax before finishing in front of the Little Nell and Ajax Tavern. 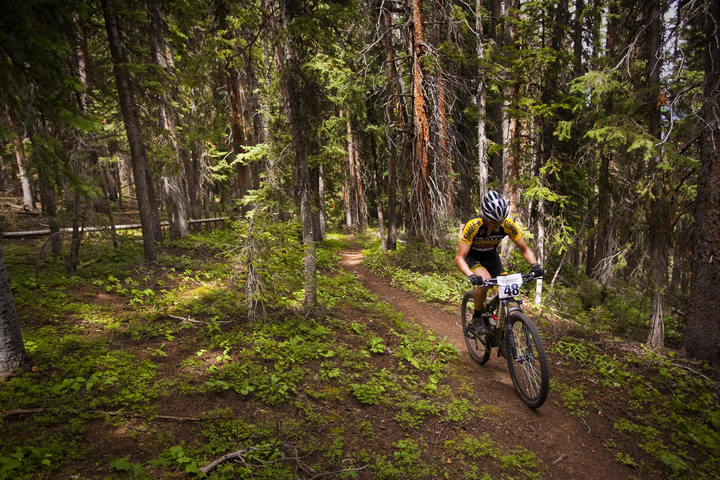 Speaking of Ajax Tavern, if spectating is more your style then grab a table on the deck, order some truffle fries, and watch the racers as the speed into the finish. If you have friends taking part, you can gain some serious points by having a beer on hand to quench their thirst and maybe a famous double burger to get their energy up.

If you want to take spectating and support “crewing” to the next level, you can track your racers online and meet them at various stops along the race course. I recommend waiting at Tiehack at Buttermilk (easily accessible by car or bike from town) and also at the top of Aspen Mountain just before their final descent. Cheering friends on as they achieve hard-won athletic goals can be just as fun as taking part in the race! That’s one of the reasons I’m always in NYC for the NY Marathon.

I’ve mentioned having a beer ready for racers at the end of the trail, but if you really want to go the extra mile (no pun intended), you can plan a spa day at O2 Aspen for post-race massages. Or you can just hightail it over to the Limelight Hotel’s pool and hot tub for a good soak. Either option will send racers well on their way to recovery.

My tip for any racers out there? Get in touch with born and raised local Mark Welgos at Ride Aspen. Ride Aspen is our only mobile bike shop. Mark will come to you, make sure your bike is dialed, and supply gear needed to make sure that race day goes by without a hitch!