Metropolitan areas have big perks. Multitudes of museums, a melting pot of restaurants, and plenty of public transportation options are all great attributes of the world’s best cities.

However, lesser-known, far-flung towns across the country pack as much cultural and historic richness as their bustling counterparts.

Throughout the mountain west, small communities hold deep practices connected to the land, which have manifested across the industries of mining, recreation, and agriculture.

Today, within such towns, the smell of hops from microbreweries is strong. Ski, bike, and whitewater culture thrives. Artistic hubs, progressive food scenes, and talented performances speckle the area. Even hands-on horticulture can be a possibility for visitors.

Here are five remote places in the west that should move to the top of your list: 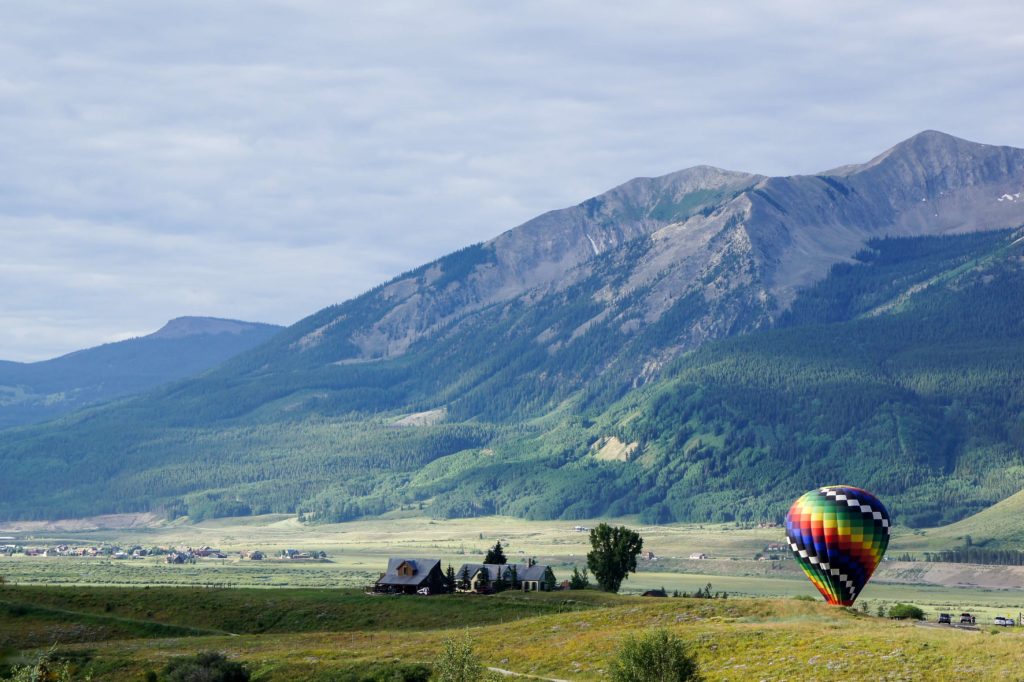 Gothic mountain overlooks the town of Crested Butte, known as the Gateway to the Elk Mountains, 28 miles north of Gunnison. The Ute Indians occupied the valley, followed by coal and silver miners who swept into the area during the industry emergence in the 1880s. Four miles outside of town sits the ghost town of Gothic, which was abandoned after the crash of the silver market.

Experience: One of the most photographed locations in Colorado is Schofield Pass, which can be accessed via jeep or high-clearance 4WD vehicles. Enjoy a tour at the local rum bar, Montanya Distillers, stop by the Crested Butte Mountain Heritage Museum, and treat your sweet tooth at Third Bowl Homemade Ice Cream.

Adventure: Connecting the two towns, Gunnison Valley is home to the oldest mountain bike club and the most extensive, grassroots singletrack trail network in the world. East, Taylor, Gunnison, and Blue Mesa Rivers are all unmatched for fly fishing, kayaking, and rafting. Crested Butte Mountain Resort collects 300 inches of snowfall a year.  Come summer, CB is the wildflower capital of Colorado. Enjoy the Wildflower Festival and wildflowers hikes including Lily Lake and Snodgrass.

In the 1920s, Dr. John Johnson, a biology professor at Western Colorado College, led the establishment of the Rocky Mountain Biological Laboratory, which became an internationally renowned hub for high-altitude scientific research. RMBL rents out two huts for backcountry explorers. 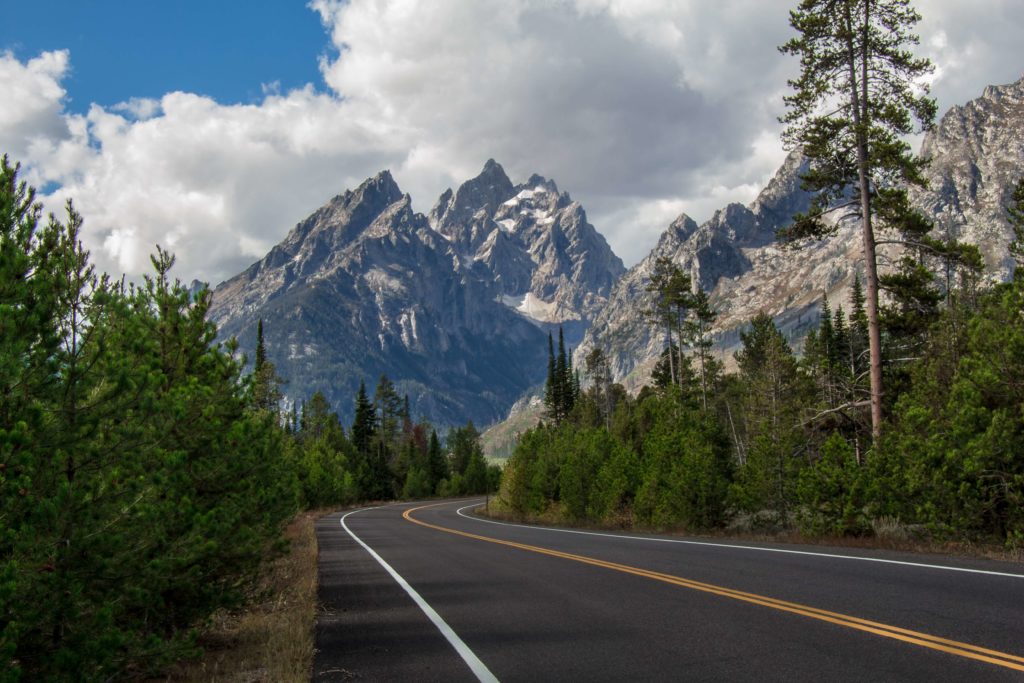 Jackson, WY, is reminiscent of the Old West. The town sits the Jackson Hole valley and is surrounded by the Teton Range, Wind River Reservation, and two national parks. The area—originally populated by Shoshoni, Crow, Blackfoot, Bannock and Grow Venture tribes—became a sought location for trappers, mountain travelers, and landscape photographers in the early 1800s. The town of Jackson elected the first-ever all-female city council in 1920. Today, the locals are still hard-working survivalists, core recreationists, and rowdy in the best way.

Experience: Hop into a horse-drawn sleigh for a ride through the National Elk Refuge to learn about the region’s elk migration, preservation, and for awesome photo opportunities. Snap a selfie or family photo next to one of the four elk antler arches that guard the corners of George Washington Memorial Park, commonly known as Town Square. The weight of a single arch is up to 12,000 pounds.

Adventure: Ride the Aerial Tram up 4,139 vertical feet for a 360-degree panorama of the Teton Range and Jackson Hole valley. At the summit, fill up with high-mountain waffles in Corbet’s Cabin, and take advantage of the trail network year-round to ski, hike, mountain bike, climb, trail run, and backpack.

A visit to Jackson would be remiss without experiencing the incredible grandeur of Grand Teton National Park—which has more than two hundred miles of trails and the Snake River—and marveling at the world’s first-ever national park, Yellowstone, which is home to mountain hot springs, mud-pots, and geysers. 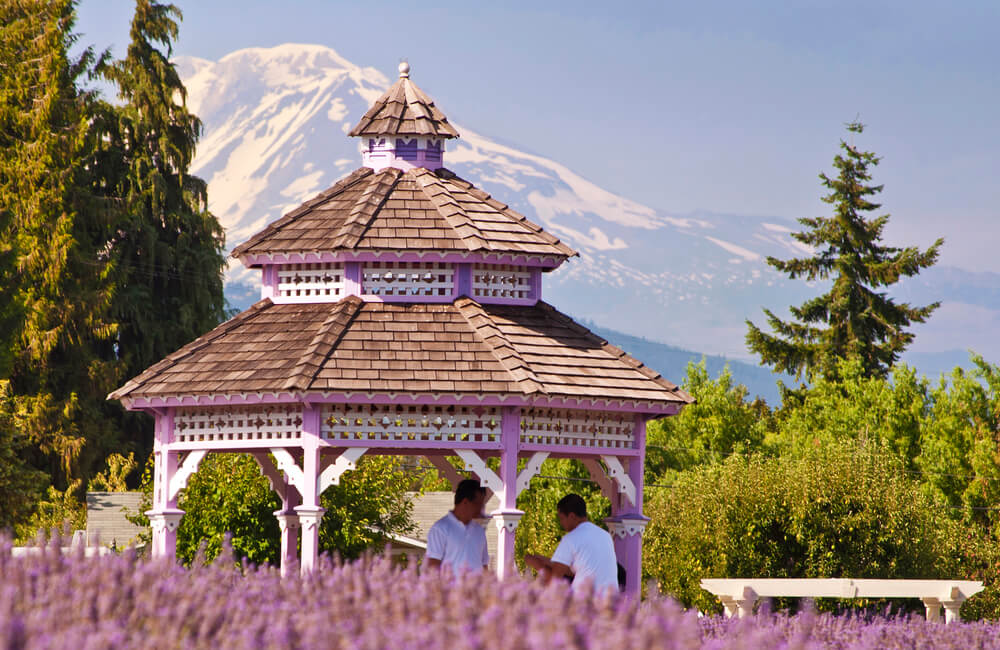 Hood River is bordered and characterized by the incredible Columbia River, the largest river in the Pacific Northwest, which flows into the U.S. from British Columbia, Canada. The gorge was formed by twenty-one lava bursts that formed deep basalt cliffs and lava tubes throughout the region.

The town rests thirty miles north of Mount Hood, the tallest peak in Oregon, and is 63 miles east of Portland. South of town, Hood River Valley is speckled with farms known for their apples, pears, blueberries, and cherries.

Experience: Multnomah Falls is an iconic destination that’s not to be missed. South of town, venture to one of the u-pick farms. Check out the Western Antique Aeroplane & Automobile Museum, and join a workshop in ceramics or drumming at Glassometry Studios.

Adventure: The riverside town sits adjacent to the Columbia River, which borders Washington state, and is a global destination for windsurfing and kiteboarding. Rafting the White Salmon River is unparalleled in surrounding lushness and whitewater including Husum Falls, a 14-foot drop that’s considered the largest waterfall to be commercially run by paddle rafts. 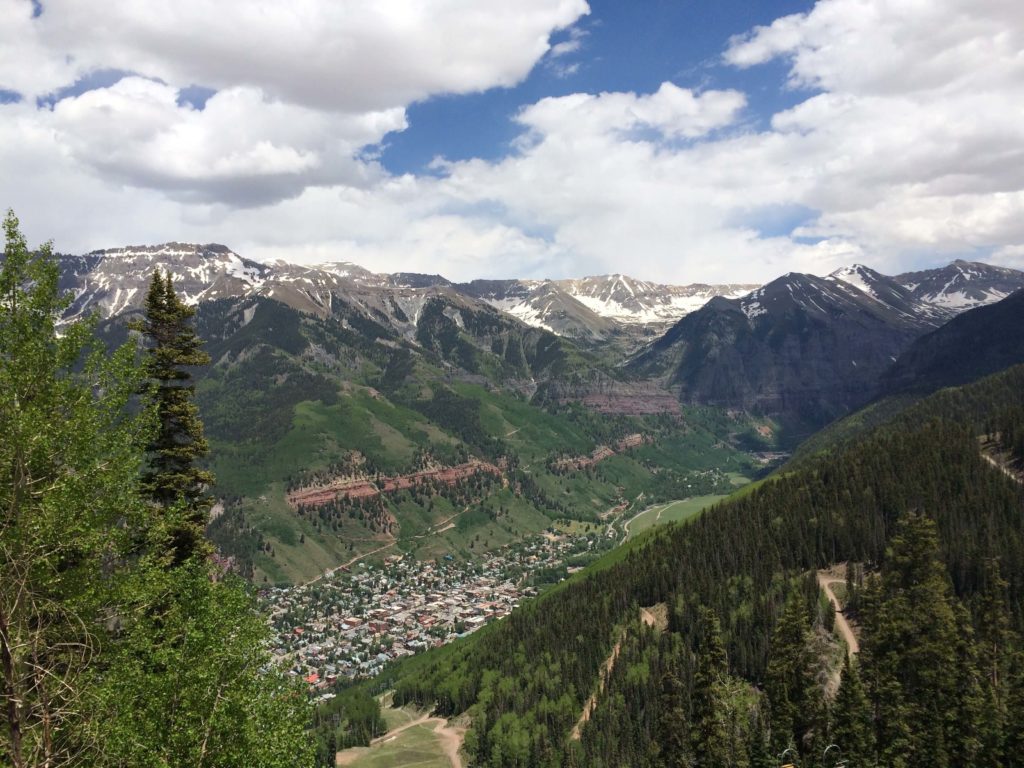 You can’t drive through Telluride—you drive to it. The box canyon is held in the middle of the San Juan Mountains in southwestern Colorado. The Utes first inhabited Telluride valley, which later became a silver mining camp. The town is one mile by one-half mile wide. In 1970, the ski area was founded with snowcat skiing for $12.50 a day.

Experience: Ride the gondola up to Allred’s Restaurant for a cocktail or dinner with an epic view. Continue the ride down in the Town of Mountain Village, where you can dance for the Sunset Concert Series, grab a tasty savory or sweet snack from the crepe cart, or go swimming at The Peaks—waterslide included. Enjoy a show at the Historic Sheridan Opera House and a doughnut from Baked in Telluride, otherwise known as BIT.

Adventure: In the summer, climb the Via Ferrata, hike the Jud Wiebe, jeep to the top of Imogene Pass (or trail run up), and mountain bike Deep Creek Trail. At the end of the canyon, view the tallest waterfall in Colorado: Bridal Veil Falls, a 365-foot waterfall with an adjacent historic hydro-electric powder station at the top. Hike up the old mining road to reach the bottom of the falls that flow into the San Miguel River, which is enjoyed for standup paddleboarding, fly fishing, and swimming. 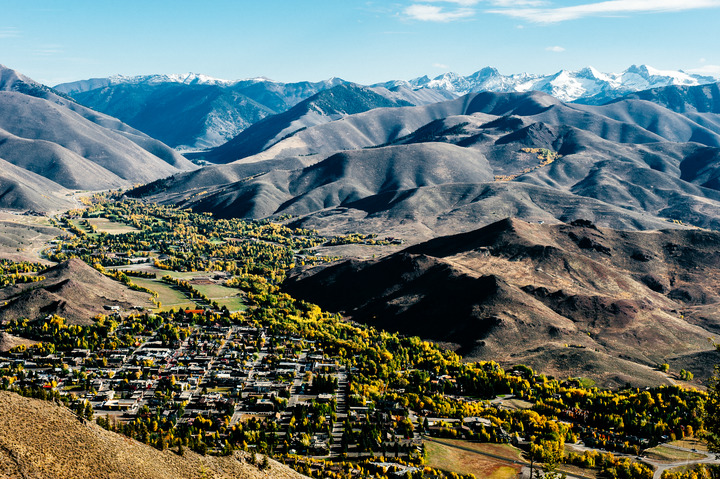 The world’s first-ever ski chairlift was built on Ruud Mountain in Ketchum’s sister town, Sun Valley. One mile separates the two interwoven communities. The chair, which is on the National Register of Historic Places, reflects the spirit and identity of central Idaho: a pioneer of skiing, a flow of healthy riverways, and a laid back, authentic community. Today, Sun Valley Resort encompasses two mountains for skiers and snowboarders: Bald and Dollar Mountain.

Experience: The Sun Valley Museum of History walks through Ketchum’s railroad, sheep herding and ski area past and protects a handful of Ernest Hemingway’s hand-written letters.